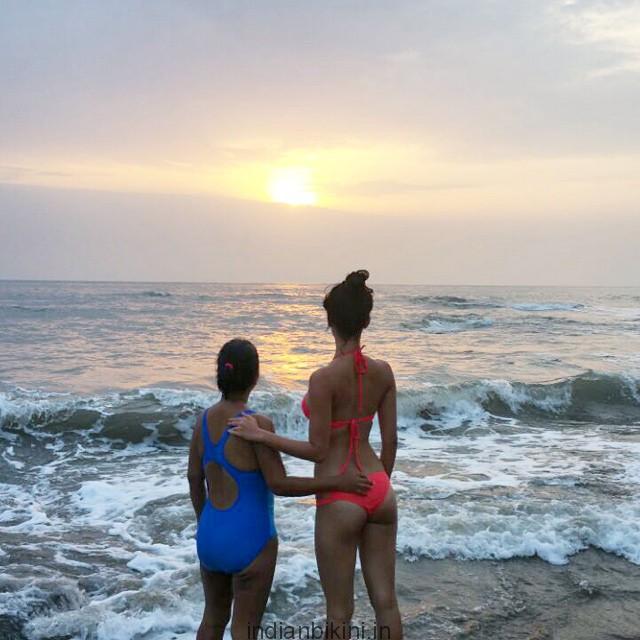 Disha Patani shot to fame with her very first movie. Her gorgeous looks and toned physique are not just after she joined the film industry. Rummaging through her Instagram account, we came across old photos of Disha where she looks sexier than ever.

Disha has posted some photos of her Goa holiday where she was enjoying with her friends and work colleagues. Much before her step into Bollywood, Disha was still the sexy siren she is today. Her bold pink halter bikini as she poses with some friends on the beach are a sight for sore eyes. Her make-up free face just proves how stunning she is in real life as well.

Disha seems to be having a lot of fun with her friends, snapping some crazy poses with her friends and enjoying some alone time on her seashell expedition on the beach. Disha is a self proclaimed water baby and in almost every photo she is seen in or around water. Be it in a beach shack in her sexy orange bikini or her printed floral bikini in the pool with her friends, Disha manages to catch our eye even in a group photo. 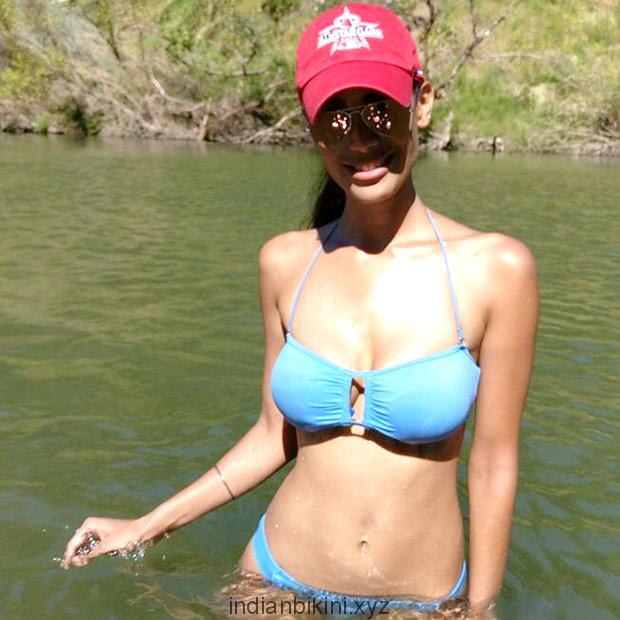 Nicole Faria debuted in 2014 with her widely popular bikini scenes in Yaariyan. Ever since then, Nicole has been away from the silver screen but widely active in the modeling world.

Just like in her movie, the Miss Earth, 2010, was recently seen having a fun time in the lakes of Russia with her friends. Donning a light blue bikini, Nicole is showing off her killer abs and curves. She is half immersed in the lake and is teasing her fans by showing off only half her body. The blue halter bikini top looks striking against her. Sporting a red baseball cap, Nicole looks like she is trying to be one-of-the-guys, but her feminine body is definitely not helping. The actress has captioned the photos as, “Favourites. What a fun day paddling down the Russian River #russianriver #fun #whataday #floating #swim #surroundedbygreenery #traveldiaries”

Nicole’s holiday in Russia sure looks like fun and we can’t help but wish there were more photos of her.