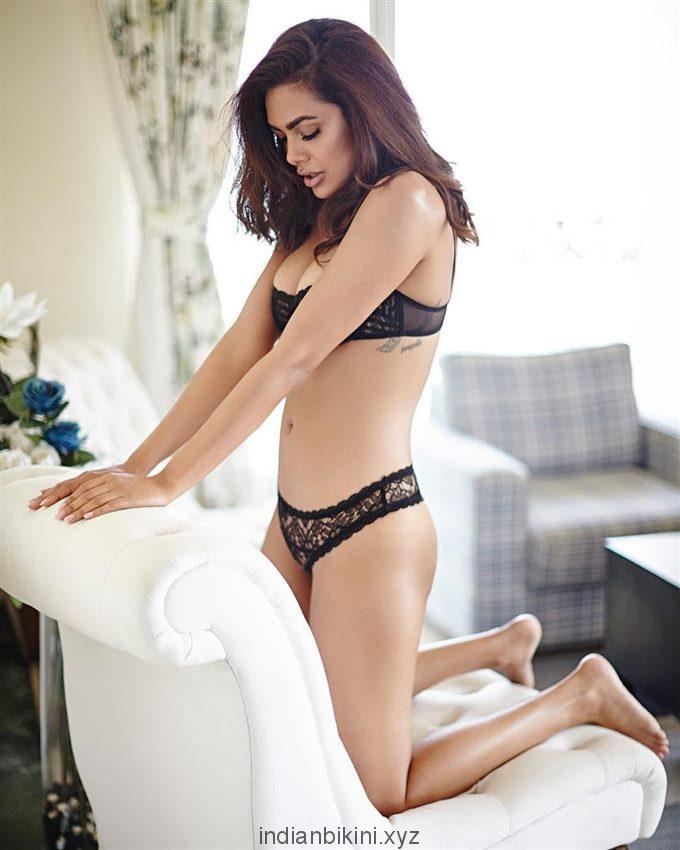 Esha Gupta has been in the eye of controversy ever since her uber sexy images have been released on social media. Esha has posted several sweltering images of herself in a black lace bikini bottoms. Wearing nothing but the bottoms and some high heels, Esha fearlessly flaunts her ribcage tattoos and slender curves.

Her expressions and poses have the internet burning up!

Soon after, Esha posted more some photos in a white bikini piece. Perched on a plush chair, she gave sultry looks which will make anyone fervent.

And if that wasn’t enough, Esha took it to the next level with the playful photo of her covering herself by holding up two pomegranates. Kicking it up a notch, her latest photos have her lying against a white spread bed in nothing but high heels. The monochrome photo could easily look vulgar, but Esha manages to make it look sexy and pristine.