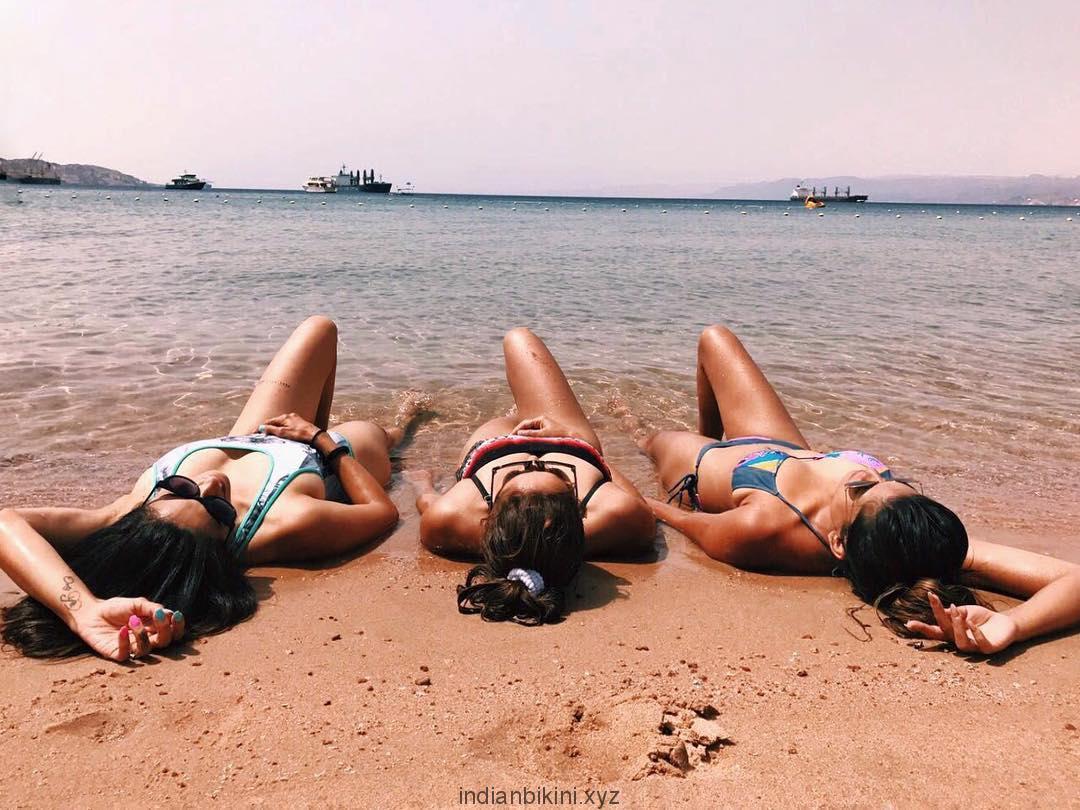 Telly divas are taking over the fitness world and from beautiful foreign locations no less!

A group of television actors and actresses participated in a reality show related to fitness challenges in Jordan. Actress Kishwer Merchant recently posted a photo with her girlfriends enjoying in the famous Dead Sea. Her friend and co-participant Asha Negi was seen in the photo as well were a black bikini and glistening in the sun and sand. The three telly divas glistened in the sun as they lay on the beach. Their skin is shimmering and their bods are matching the hot beach temperature.

Wearing a shiny metallic blue halter string bikini and a colourful black strapped bikini, the  actresses enjoyed their downtime during the reality show shoot. Kishwer also posted  photo of their challenge during the show.