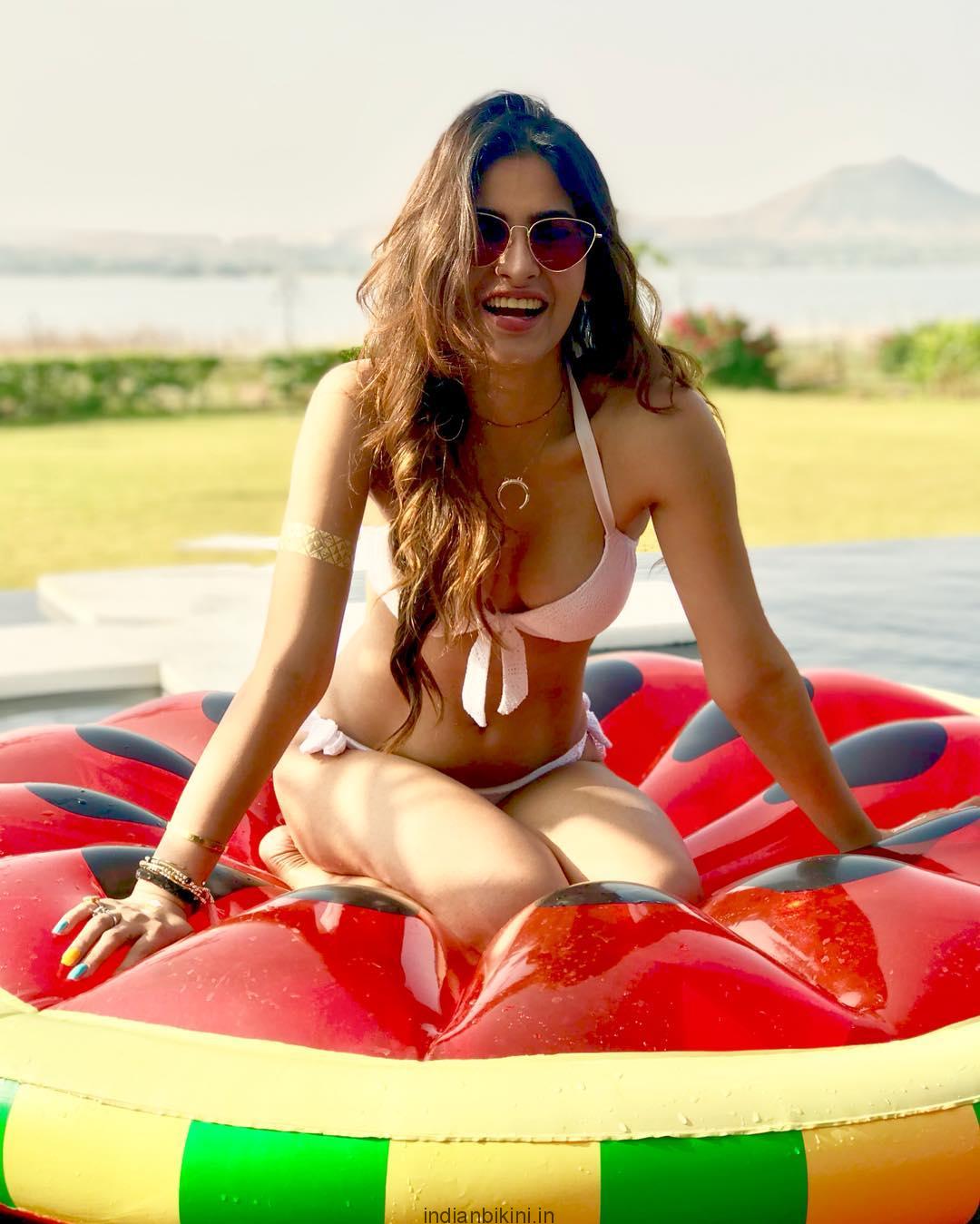 Karishma Sharma seems to be causing an uproar with her stunning photos once again. Already in the limelight for her controversial and bold role in the web series called Ragini MMS 2, Karishma never tires of posting her bold and sensual photos on social media.

And her fans are ever grateful!

The sexy telly diva is now burning our screens in a pristine white bikini with a halter neckline and a cute bow in the front. Karishma laid on a watermelon float in a pool for the promotional photoshoot for nofiltr social. She posted a photo with her squealing while sitting in the mouth of a shark shaped float. Karishma looked like she was having a lot of fun on the floats and in the pool. She changed her look by posing along the pool in a floral overall and red tinted shades. She was even spotted lounging in a captain’s cap and a bright orange jacket in between the shoot while taking a breather.

Karishma always puts up photos from her photoshoots and behind-the-scene scoops for her fans. Showing off her abs and svelte body has never been a inhibition for this young 22-year old actress and she looks stunning while at it!